Monday night at a wine group dinner we got to have the 2002 Mitolo G.A.M. in two versions, one bottled with screw cap closure, one with cork closure. They were bottled from the same barrel and treated the same except for the closure mechanisms. Our member had sourced a case of each of them upon release - same time and place - and has stored them identically in a proper cellar since then. So this was about as controlled a side-by-side as can get. They were coded and bagged and three bottles of each were used to serve single blind side-by-side. (Everybody knew what the taste comparison involved.) About 33 members and guests of the wine club got to try two ounces each and vote for their "preferred" one at the end.

I did not see the exact count, but one version of the wine was preferred by 3-to-1 or maybe 4-to-1. Which would you have predicted?

The very much preferred version was the screw cap. I preferred it myself. I had the opportunity to do this experiment about two years ago as well, with a small group from a single bottle of each, also presented blind, from the same collector. I also preferred the screw cap then, though not by as much as I did this week. I actually gave the nod on the bouquet to the cork-closed wine, where some nice tertiary development was showing. But it failed on the palate, where it seemed listless and muddled, whereas the screw cap was fresh, plump, and well-defined. And just more flavorful. Some did prefer the cork version, but I think no one didn't think the wines were quite different in their evolution.

It also seemed to me that the cork bottle was on downside of its aging curve, and would likely decline further rather than have any hope to improve - though this of course introduces more personal conjecture - and that the screw cap bottle was in a peak/plateau area with plenty of time ahead of it.
Having had them a couple of years ago furthered this impression as I think this year the cork version has faded and the screw cap has even improved since then.

So this is one particular wine, from one particular place, one particular vintage, one particular producer with their particular methods, and may not be generalizable to any hard and fast conclusions, but nevertheless it's pretty fascinating stuff to me. Also, screw cap closures have undergone further refinements and availability to order ones that have differing specified degrees of air exchange over time. I think this is a very fertile field for valuable learning and experience over the coming years.

... she uncorked it and put it to her lips. "I know somethinginteresting is sure to happen," she said to herself, "whenever I eat or drink anything; so I'll just see what this bottle does."
Alice in Wonderland

"Christian Butzke, an enology professor at Purdue University in Indiana and formerly with the University of California at Davis, one of the world's leading wine schools, is also chief judge of the Indy International Wine Competition. It's not exactly the Academy Awards of wine, but the Indy competition does get 2,200 commercial wine entries. So it affords Prof. Butzke the chance to study cork-taint frequency on a large scale. His conclusion, based on the past two years' worth of entries, is that less than 1 per cent of wines on U.S. shelves are noticeably corked."

"Prof. Butzke said the industry has made big strides both in reducing the bark's exposure to chlorine in the first place and in harnessing new technologies to extract TCA from already-infected cork. "That does not mean that the problem has completely disappeared," he said. "But at under 1 per cent it really becomes irrelevant."" 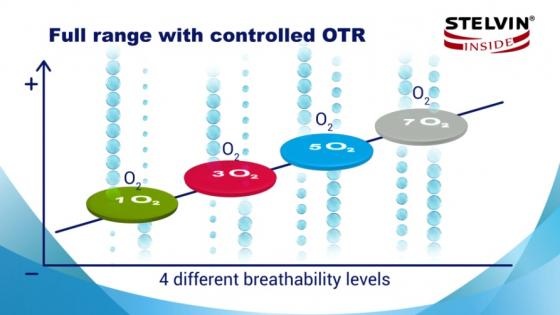 vininfo.nu skrev:
His conclusion, based on the past two years' worth of entries, is that less than 1 per cent of wines on U.S. shelves are noticeably corked."
Click to expand...